During the late summer and fall, I spent a fair bit of time on planes and in airports, and so I burned through quite a few books to pass the time. Among the books consumed were Joe Abercrombie's The First Law trilogy. Shortly after finishing the books, I found myself in eastern Pennsylvania on a week-long artists' retreat.  On one of the last days of the retreat, I decided to try and knock out a couple of small paintings in one sitting.

Without a sketch or plan, I began to smear paint across the first board and wipe into the random strokes until I started seeing something. Before long, I found myself working on a portrait of a scarred and brooding man. With the recently read books fresh in my mind, I decided to just go ahead and push the portrait in the direction of one of the trilogy's main characters, Logen Ninefingers.

Not particularly sure if I ended up doing the character any justice, but it was a quick piece that I ended up liking a lot about. 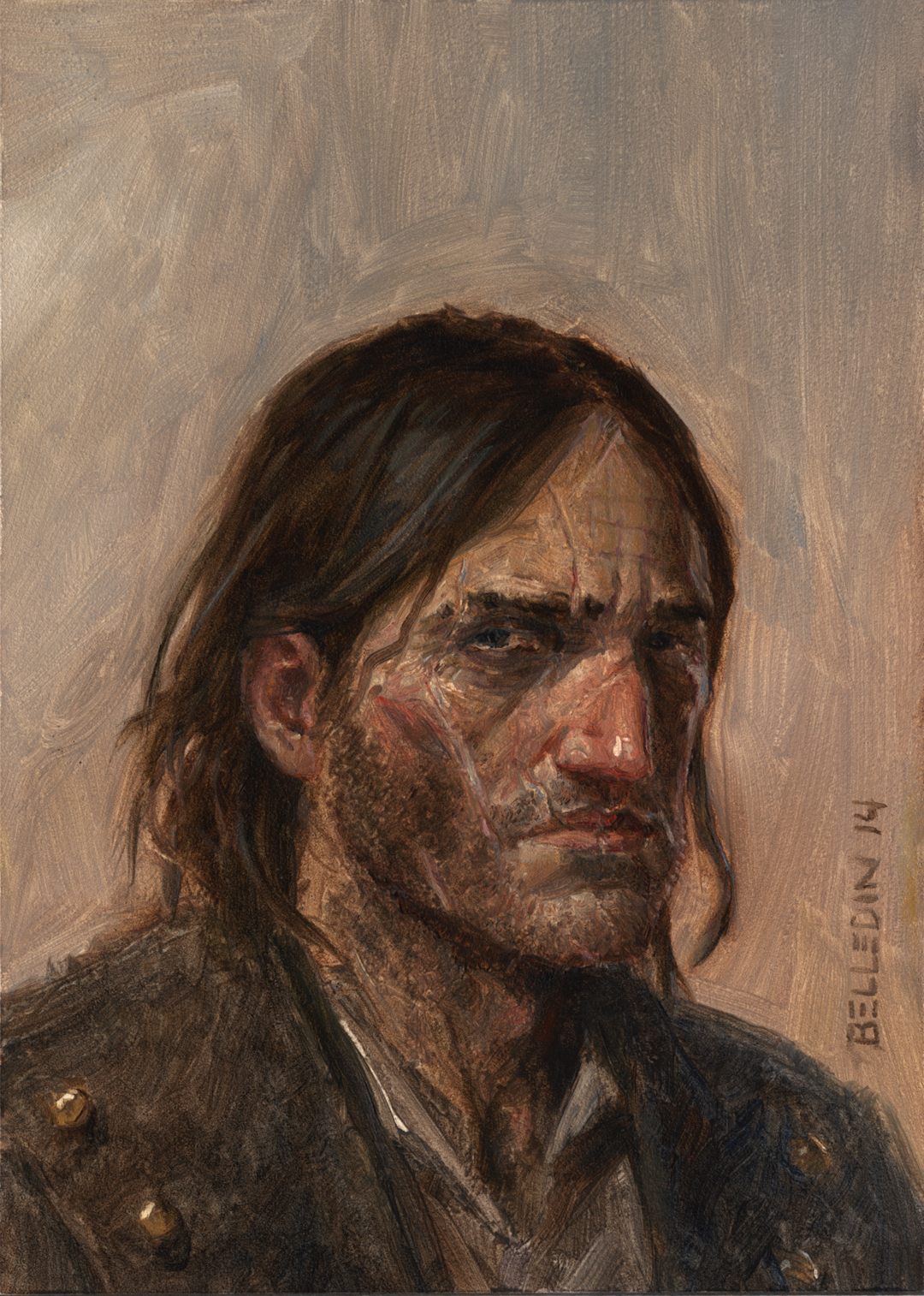 The finished painting is oil on gessoed hardboard and measures 5 inches wide by 7 inches tall.

This piece represents the thinnest paint application I'd done in quite a while and I had a lot of fun slapping paint down then wiping the paint both with a paper towel, as well as with a rubber blending tool. While the piece was almost completely done during my time at the retreat, I did go back into it a few days after returning to Seattle for about five additional minutes to push the darks a bit more.

Like I said above, I'm pretty pleased with this one. Is it the most dynamic, interesting result? Maybe not, but I'm happy with how I let the brushstrokes sit and be their own thing. I have yet to figure out how to apply this to my professional work in a similarly satisfying way, however. But I'm still trying. In the meantime, I guess I can keep at it with small pieces like this.
2 comments
Email ThisBlogThis!Share to TwitterShare to FacebookShare to Pinterest
Labels: Illustration, Oils, Personal Work
Newer Posts Older Posts Home
Subscribe to: Posts (Atom)