Over the summer, I took some time off of commissioned work to try and put to bed the large personal piece I'd been working on and to see if I could get a couple additional pieces done along the way. As luck would have it, my health got in the way to a certain extent and I ended up not getting quite as much done as I'd hoped. While I'm quite fortunate that the type of issues I was having weren't life-threatening, they did prove uncomfortable and painful enough to keep me from my usual routine.

But I digress. This post isn't about health issues. It's about the fact that I ended up finishing that piece.

This is basically what it looked like through most of the beginning of the year: 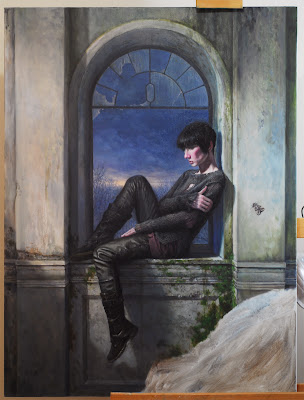 The undeveloped space in the lower right hand corner was a problem. It originally was meant to be aged and rusty armor piled up and covered in moss and growth. But after mocking it up several ways, I became pretty dissatisfied with that direction. Dissatisfaction eventually yielded to uncertainty and before I knew it I was completely without direction. And so the painting sat in this unfinished state for a few additional months.

In June I finally got fed up with it and did something I was formerly reluctant to do: I asked for help. I sent the above photo to a couple close artist friends for their opinion. Their feedback was huge and was fairly consistent across the board. I chose the thoughts and ideas that really worked for me and got back to work. 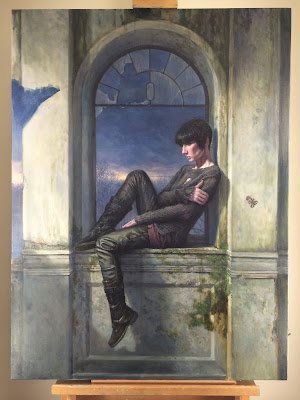 Unfortunately, I failed to document a full day's worth of work wherein I began to fill in the great mystery spot in the lower right hand corner by continuing the architecture from above. After doing that, I began to destroy that very architecture and reveal the environment beyond. 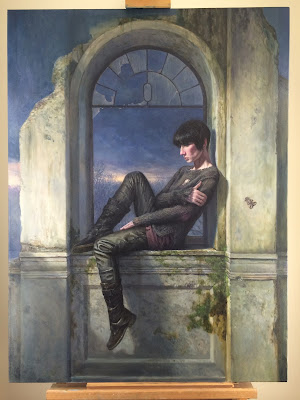 One of the things I find kind of funny is at the beginning of this painting, the left column was going to be broken (as evidenced by this post). It's interesting to me that I eventually circled right back to that idea (with a little help from my friends, of course). 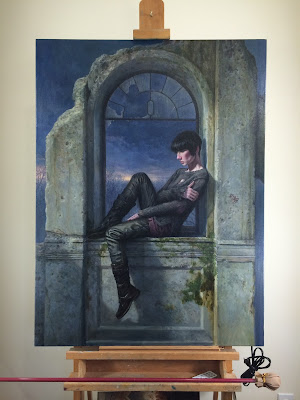 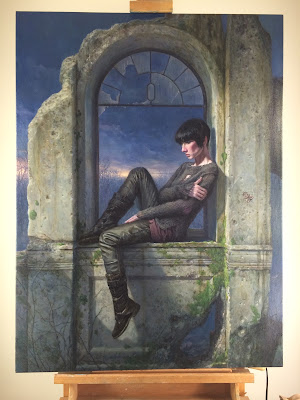 When I got to this point, I decided that I'd destroyed quite enough of the building and decided to start adding more moths — an element that had always been part of the piece from an early stage. 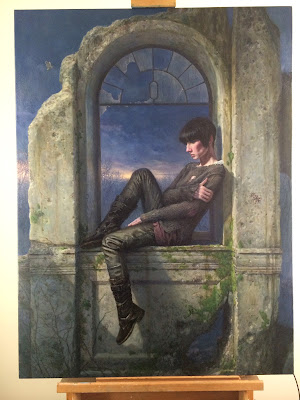 Once the moths were finished, I decided to call it and signed it. Thus the largest painting I'd done since college was completed. 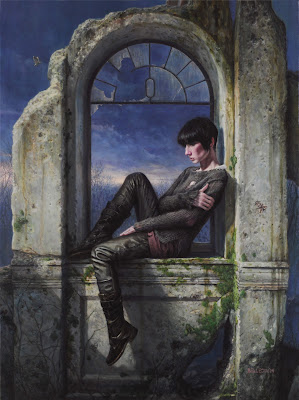