Since moving to Seattle just over a year ago, I've had the privilege of working in-house several times alongside a virtual who's who of talent. I'm pretty sure that I was more valuable most days as a color commentator than an actual contributor of creative content, but I think I did end up adding some fairly positive things to the mix along the way. While I wish I could talk about some or all of what I was working on, I'm afraid it's going to have to wait. But I think it's safe to share this one little sketch.

On my last day in-house, after running out of steam drawing things that don't exist, I turned my gaze instead to things that do. Sketching away before me were several other artists and I decided to quickly knock out a drawing of the closest one. Honestly, I wish I'd thought to do this earlier as I'd likely have drawn everyone present at the time, and should I get the opportunity again I'll definitely do just that. For now, I'll just have to be happy with this one, incomplete little doodle of Mr. Wayne Reynolds hard at work on his own last drawing. 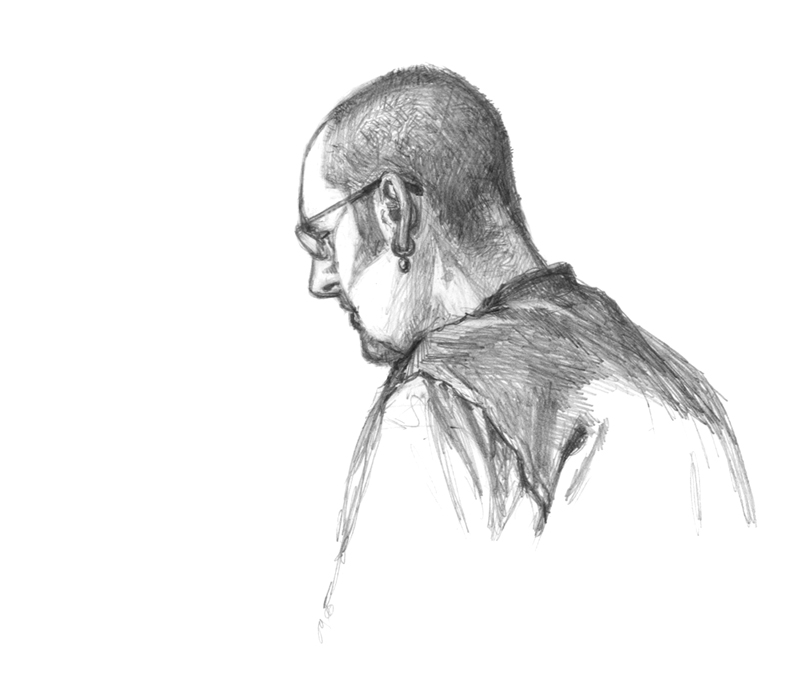