Crimson Muckwader is a rarity. It's a piece painted in front of other artists, which means there was daily, live feedback as it came to be. As I mentioned yesterday, this job came in the midst of a great deal of upheaval. Much of the uncertainty was dealt with while working on Tricks of the Trade, and after that piece had been finished I was whisked away to an artist retreat.

I'd planned to attend the retreat much earlier in the year when things had looked to be running smoothly. I'd also planned to work on a personal piece while there. By late summer, however, it became clear that bad things were afoot with Amy's job, and I felt it prudent to take on more work than I'd original intended to so as to pad our pockets (just in case) and scuttled plans for a personal piece. Thus, I ended up working on Crimson Muckwader instead of the canvas which I only recently (and finally) began.

Truth be told, I had mixed feelings about going to the retreat at all. Things were tight and spending the money didn't seem like a wise move. Amy encouraged me to go, however, and I compromised by eating in instead of out. In retrospect, I was a fool to even consider canceling.

But I'm getting ahead of myself. Let's go back to the beginning, shall we? Let's take a look at the art order for what was then called "Marsh Skink":


ART DESCRIPTION:
Color: Red creature
Location: A swamp
Action: Show a poisonous lizard emerging from the dark water of the swamp. Its bold, poison-dart-frog-like coloration (please keep red as a color on him) is in sharp contrast to its murky surroundings. The lizard is about six feet long and resembles a fanged skink.
Focus: The marsh lizard
Mood: There's no doubt it's dangerous.

Right away I'm going to confess a problem I have: I can be a bit literal. I want to reiterate that this thing was originally titled "Marsh Skink." What that meant to me was that I needed to start by looking up various species of skinks and extrapolate from there. To my mind, they obviously wanted a skink because they'd bothered to call it one. Clearly I'd forgotten on some level that this was Magic, and clearly I'd completely ignored the fact that skinks are pretty tame looking creatures and not very threatening, because I started with this:

While this sketch does solve several aspects of the art order, the skink in question falls well short of anything that could be confused with "dangerous." Well, that's not entirely true, as many things that turn out to be dangerous look pretty innocuous, but that's rarely — if ever — called for in Magic. Wizards tends to want things to be a bit more flamboyant. Fortunately, I understood that on some level, because I went ahead and handed this second version in for insurance:

If you're sitting there failing to see how that's much of an improvement, it should be no surprise to you that I was asked to revisit the piece, this time ignoring the idea of it being a skink at all. Evil lizard was what was called for, and so went back to work and gave them this:

Finally, I managed a sketch that seemed to meet their criteria in a satisfactory way and I got approval. So, I went about creating a cruddy, clay maquette, shot it, and compiled a bunch of photo reference from the internet.

Next, I printed the sketch out, mounted it on hardboard, and slapped a very simple acrylic base down, painting the lizard pure Cadmium Red Medium and everything else Terra Verte. That was the painting's condition when I finally set everything up in a barn in Western Massachusetts alongside the following artists:

God I hope I didn't forget anybody.

Anyway, there I was with a tiny Magic painting while most folks were cranking away at much more substantial work. The fact was, though, that I needed to get the piece done as there was a deadline afoot, so I set to work. Given that there were so many artists in the room, it was inevitable that I soon began getting a comment here, a suggestion there. Unfortunately, I go so much input and this took place long enough ago that I honestly couldn't say who said what, but I remember that most (if not all) of the shared thoughts were helpful. Still, despite the weird start to the job, I was pretty confident that I knew what I was doing, and much of the input ended up being pretty nit-picky, which was all I could ask for, really.

Here's how it came out.

Of various bits of input made by my fellow artists over the week in Massachusetts, the most notable were the suggestion that a bit of the elbow from the opposite arm be visible just to the right of the neck, as well as the suggestion of the shadow that falls across the tail. Really simple stuff, but that kind of thing adds quite a bit to the piece — at least in my mind.

Aside from getting a piece done, I managed to gain a certain level of confidence in my process. Many artists I know feel self-conscious about their process in some way. I don't know if it's the isolation from other artists or the prolonged feeling that they're somehow getting away with something, but I know a lot of illustrators who are are clearly uncomfortable with how they go about putting a painting together. The best cure for that kind of thing (at least for me) is to go out and spend a few days painting with a few other folks. Sure, I can't even come close to doing what Greg Manchess or Boris or Chris Moeller do, but despite the vast chasm between their work and my own, there are threads of commonality. They put their paint down one brushstroke at a time, just as I do.

And, as much as I preach to others that each of us should do whatever it takes to accomplish the final image, sometimes I forget to take my own advice. Looking at the differences within the various processes, it's clear that each person has resolved this concept in their own way. Seeing and understanding that kind of thing can be invaluable to someone who is struggling, and I must confess that coming away from the retreat with the knowledge that I was not a painting troglodyte helped buttress me mentally for the months of uncertainty that lay ahead.

In total, I think it took me about four days of solid work with an hour or two of fussing to put this piece to rest. All the while, while toiling away, I sat pondering what I should do for a personal piece. I had a bit of time before IlluxCon and I still wanted to have something new. In my second to last day at the retreat, inspiration finally came and I knocked out a couple sketches. These little nuggets ended up becoming The Weight of Midworld, which I managed to complete (or so I thought), just in time for the trip out to Altoona, Pennsylvania. So, I guess in the end I managed to get some personal work done at the retreat after all. 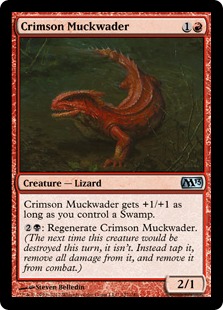