As part of the concepting team that brought world of Innistrad to life back in May of 2010, I did not expect to get a chance to revisit that world beyond in the assignments to come. I figured that upon completing my last piece for that expansion block of Magic, I would be done with that world of gothic horror forever. I was wrong. Magic would return to Innistrad, and while I was not officially on the concept team for this new sojourn, I ended up contributing a few things since I happened to be in the Wizards of the Coast office for something completely unrelated. I also got to paint a few things. Here is a tale of two of those paintings.

One of the new card types Magic introduced in the original Innistrad block were double-faced cards for changeling creatures. On one side would be Dr. Jekyll, on the other, Mr. Hyde. In this case (as in many others), the double-faced card represented a werewolf. In the first go around with Innistrad, I got to do art for one of these (link). This time, however, the art would require something a bit different. The starting point would be the wolf rather than the human, and card's other face would reveal the horror that that wolf would become.

While I could go on about Magic's storyline and the implications for the sets "Shadows Over Innistrad" and "Eldritch Moon," suffice it to say that this return to Innistrad reveals that something has entered that world and has begun to change it. People and creatures are becoming deformed, buildings are changing shape, tentacle-like vines are cropping up everywhere. There is clearly something more horrifying than usual going on. The result being that much of the art done for these bits of story required some pretty weird deviations to the usual Innistrad nightmares.

Anyway, I seem to have lost my art descriptions on these two but as memory serves, in the first piece I was asked to paint a werewolf with some minor, subtle deformities in an alley. Perhaps there might be some people running for their lives. In the second piece, I was asked to depict the horrifying, tentacle-covered creature that that werewolf turned into about to pounce on a villager. This horror needed to be somewhat recognizable as having been a werewolf at some point. Seemed pretty clear to me, and so I went to work.


Here's our werewolf with a few elongated fingers and hints of tentacles in his fur.


And here's our horror, lunging at a poor villager.

The Art Director approved the werewolf piece, but felt I could push the horror further. It was decided that the creature felt too much like a werewolf, and so I was asked to give it another go.

This one, they liked and they gave me the green light.


Here's the finished Tangleclaw Werewolf. The painting is oil on paper on hardboard and it measures twelve inches wide by nine inches tall.

Here's the finished Fibrous Entangler. The painting is also oil on paper on hardboard and measures twelve inches wide by sixteen inches tall.

Looking at these pieces, I don't have a lot to say. I don't have any distinct memories of working on either one and I remember them being pretty straightforward. The only thing that really sticks out at me on these pieces is how dark I got with both of them. I treated them more graphically from the start and I feel like that's somehow evident even in the finish. Normally it takes me a while to build up to the level of darkness seen in this work, but I remember going for those darks pretty early in the painting process. Maybe it was the gothic horror aspect of it, maybe it was the digital color studies I'd done, or maybe these pieces were just in my comfort zone. Whatever the case, they came pretty easily for me, which is unusual.

In the end, I'm pretty pleased with how both paintings came out. Subject matter-wise, they have a pretty small audience and probably aren't the kind of thing most folks want to hang in their house, but that's hardly the concern of the assignment. Whatever the case, they're done and out there, and I get to move on. 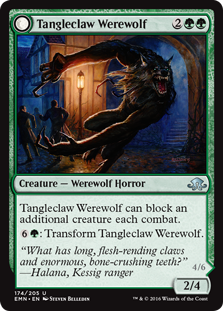 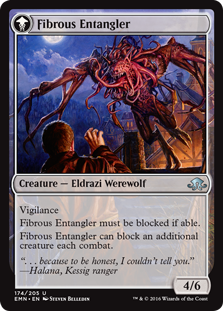