Moment of Triumph, Moment of Craving

Moment of Triumph and Moment of Craving are two pieces commissioned in consecutive art waves, were art directed by two different people, and were two completely different experiences. The first, Moment of Triumph, went so smoothly that writing about it (and reading about it) is kind of dull. That piece went like this:

Art order: depict a female vampire wielding a sword while  riding a giant, white horse in armor as it rears up. In the background there's a spire of the hidden golden city visible and sunlight glints dramatically off the sword's blade. All of the elements mentioned (including the landscape and the flora surrounding the horse and rider) had specific concept art that I was to draw from.

I took the elements provided, arranged them and handed in this sketch:


The only note on the sketch that I received was that the light glinting off the sword wasn't dramatic enough. More than a fair criticism and something easily remedied. With that I was given the green light to move forward to the final art.

Here is that art:


The finished piece is oil on hardboard, measures sixteen inches wide by twelve inches tall and was art directed by Cynthia Sheppard.

One will note that there is a major value shift from sketch to final. The finished piece got dark. WAY dark. I don't have a ton of explanation for that beyond the fact that I started with the focal points and established by value range and then proceeded to paint out from there. I knew the piece had gotten dark, but I was really happy with the stuff I'd painted to that point and felt that the added darkness added punch to the highlights. So I rolled with it.

Also, it's important to note that the above is an image of the painting as it currently stands. When I painted it, I did the glint on the sword digitally so I could add degrees of glint in layers so that the AD could add as much or as little as she wanted. I then painted the piece to match what she chose to do.

And that was it. No real issues and probably the only horse I've ever painted that I'm not secretly ashamed of. All in all it was a win.

Then Moment of Craving came along.

Moment of Craving is meant to depict the same vampire in the same location having succumbed to bloodlust. She needed to be closer to the picture plane, possibly coming right at the viewer.

The fact that it was meant to be mostly the same allowed me to start with a black and white image of the first painting and then do the sketch on top of it. More than a bit of a cheat, but it helped keep things very consistent.

Here's how that sketch came out:


I decided to capitalize on the birds I'd put in the background of the first piece as a story-telling device. In this version there are no birds, only feathers floating through the air, a red rivulet of blood dripping from the vampire's mouth. I toyed with the idea of having a dead bird in her hand, but I decided that went a bit too far and was likely something I might have to remove either because that visual would conflict with a card mechanic in some way or may just have pushed the envelope. Plus, no dead bird is more subtle, and I like subtlety.

Also of note was how excited I was to be painting the motif on the vampire's pauldron (shoulder armor) that depicted the oppression of man. It's clearer in the finished painting, but there are a line of humans being crushed. You can see them below, their heads bowed, holding the slab above their heads. This motif (which I think Tyler Jacobson might have originally touched on) was something that I ran with a bit when trying my hand at a vampire ship. I don't know how frequently that motif ended up being used throughout the set, but I liked getting to incorporate it in my own piece.

Anyway, the only requested changes to the sketch were that the helmet felt small (which it did) and that the darkness under her eyes was...well, too dark.

Again, this was all easy to adjust and so I moved forward from there.


The finished piece is also oil on hardboard, measures sixteen inches wide by twelve inches tall and was art directed by Dawn Murin.

I present this as though it was a piece of cake and a non-issue but the reality is that I had to revise this piece twice. More specifically, I had to paint the vampire's face three times in total. The image above is where the painting ended up, but even that differs from what Wizards ended up using. Allow me to illustrate with all three versions lined up in a row:

The face on the left (marked "First") was what I initially painted. It is a grey-faced vampire that is mostly lacking color. The issue Wizards had with this version were that the vampire was lacking color in hers face and they requested a repaint. I will not lie, I took issue with this. Why? A couple reasons, actually.

First off, there's the issue with my degree of familiarity. I was on the second of two concept pushes that helped develop the world of Ixalan. I remember very clearly the excitement surrounding the aesthetic in the concept art for the vampires, a degree of which was tied to the overall lack of color in their aesthetic (outside of the gold armor, of course). So that memory was vivid in my head when painting this piece. The provided world guide supported that memory as the pages addressing the vampires showed them with pale, gray-white skin and black hair — even in color images. That lack of color wasn't a bug, it was a feature. So, I interpreted the stuff I saw and delivered something that I felt was well within model.

The thing is, I was not privy to decisions made subsequent to the concept push I was in, nor was I privy to how the vampires had evolved in the previous waves of assigned artwork. It turns out they ended up having a bit more color in their skin tones than the world guide indicated (whether this was through independent decisions made by the artists, conscious choices by the art directors, or a combination of the two is yet another thing I am not privy to). So, my vampire ended up being off-model despite adhering pretty strictly to the concept art in the provided world guide.

So back to the easel I went.

A day or so later, I sent in a version of the piece with the face seen at center (marked above as "Revised"). I erred on the side of too much color as I figured they could always desaturate the skin tones to their liking. And that's exactly what they did. Dawn kindly sent along a jpeg of her completed version for my approval (which they really don't need, but it was awful nice to have my input considered). This led to one last trip back to the easel to square it with what would eventually be printed on the card (this version is marked above as "Final").

High drama this is not. But it is a part of the job and is the kind of thing that can be a real hiccup in one's schedule, though this instance was not nearly as bad as other clients I've had, nor what other illustrators have seen. Point is, the client was happy and I had to jump through more hoops than usual to get there. Admittedly, there was also a lot more swearing behind the scenes than usual as changes can sometimes be frustrating. But the change wasn't pointless, and the frustration proved to be well worth it as I feel that the piece was improved by it all.


Final note: keen eyes will see that the images on the card ended up being far redder than the images shown above. This is primarily due to a lighting issue I had when color correcting the finished paintings. I replaced a lightbulb in the room I usually do my color correct in and it changed the way the paintings looked to me. Only after seeing them in good light (it rained most of the time I was painting these) did I realize how inaccurate the images were. So, I recalibrated the images to match the paintings. The above images most closely match what the finished works look like. 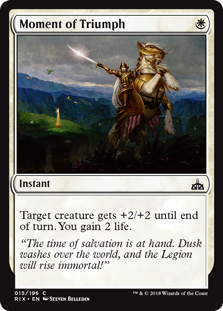 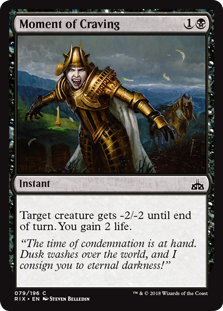