I've tried doing process photos several times in the past.  It's been a struggle because I usually forget somewhere in the midst of a piece to keep taking pictures.  I either get wrapped up in actually doing the piece in question or get pressed with deadlines or some such.  Add to that the fact that someone (and I'm not going to mention any names), keeps moving the camera around and I've often found myself remembering to take a snapshot but then finding no camera to do it with.

Another major problem is that I keep messing with my process.  To show a sequence of pictures and say that "this is the way I work," would be quite untrue.  I can only really say "this is how this piece came together."  Except I can't even say that because I don't have a full sequence of photos to show on the subject.

Despite this, I'm going to show a few photos depicting the closest I've ever come to actually managing the full process.  There aren't many pictures so I'll have to talk you through them.  Here goes...


Here we have Perimeter Captain in it's earliest stage.  On this occasion, I printed my initial sketch out and pasted it down onto a piece of hardboard.  The sketch was just a standard quick and dirty black and white job and can be found here.  On top of this sketch, I threw down some quick colors and tones — mostly yellows and browns.


The next day, I dove into the piece.  I all put finished the main figure's head and hand, and blocked in the sky.  I've touched very little else admittedly, but I was working on several pieces at once and I often rotate through them over the course of a day.  This helps keep me from becoming bored, and also ensures that the pieces all attain about the same level of finish come the due date.


Early the next day, I did another pass over the sky and clouds and began to block in the armor.  On this particular piece, I ended up blocking in the rest of the main figure later on this day.  It all would have ended up having about the same level of finish as what's blocked in here.  After that, I started completing things just as I did the head and hand. 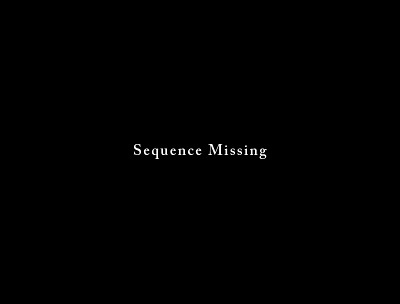 So, at this point I stopped taking pictures.  I'm sure my failure has rendered this exercise useless, but I'll try and fill you in on what I did as best I can with words.

Basically, after blocking the main figure in, I spent a couple days finishing him up, only taking the time to darken the foreground area where there would eventually be a line of troops.  I also did one more pass on the sky during this time, bringing it pretty much to it's finished state.  Once all that was done, I finally spent a day or so doing the line of soldiers.  As stated before, I had no reference, and I kind of just banged them out really quickly.  They're not the focal point so I burned through them without getting too wrapped up in their details.

Now, like any good cooking show, I just happen to have a finished version here...


Looking back over this post, I realize just how unhelpful and uninformative it all really is.  On the other hand, I think you can probably see where I was headed from the few pics I've got when you compare them to the finished piece.  I dove into completing the head and hands straight away and they remained largely unchanged throughout.  They were my proof of concept on the overall color scheme and value structure.  Once I nailed them and blocked in the rest, I just went about finishing the painting piece by piece.  In fact, the only photo that I regret not having is that blocked in stage.  After that, it was just about replacing unfinished parts with finished ones.

On the whole, the early stages of my paintings are pretty slapdash, and the paintings tend to be rather ugly little things for the vast majority of the process.  Sometimes I work them up more piecemeal like this, while other times I treat them more as a whole.  It really depends on a lot of things I can't even begin to verbalize right now.  What tends not to change, however, are these stages:
Admittedly this is really basic stuff, but these are the only elements that remain relatively consistent in the broad sense.  Step number 2 is actually a more recent addition to my process.  I used to just finish pieces up like a fresco painter, but I've been burned enough by having no real plan that I've stopped doing this.
To make up for my failure to pull off a true process sequence, I've decided that the next personal piece I work on will have a daily image here on the blog.  Since I have someone to hold me accountable (that'd be you guys), I should be able to keep at it.  My plan is to start on a largish personal piece in May, but that could possibly be delayed by a cover I've been offered that I'm waiting to finalize some details on.  However, even if that happens, I've gotten the okay to do the same thing with the cover, so you should be seeing a work in progress in the near future.