In great contrast to Goblin Dark-Dwellers, Gladehart Cavalry was a bit less straightforward, though the art description wasn't weird or complicated or anything. I simply was asked to paint three axe-wielding elf warriors mounted on the backs of antelope-like creatures called gladeharts. The blades of the axes, as well as the eyes of both the elves and gladeharts needed to glow green. The piece was to have a majestic, parade-like atmosphere and feature some elven architecture in the background. None of this should have been an issue, really. The designs for elf costume, elf architecture, the axes and even the gladeharts were provided. What could possibly go wrong?

I read and reread the description, looked over my reference, doodled a bunch of things and finally arrived at this sketch:


While not my best sketch, it is hardly my worst, but immediately after handing it in there was a problem. This was the point at which I learned the image I was working on was alternate art and that Dan Scott had already depicted this crew. The fine folks at Wizards were kind enough to supply Dan's image for clarification and it became obvious to me why there was a degree of concern. Unfortunately, we'd made a lot of similar decisions and there was a concern that our images were too alike. So how did this happen? Well, there are a couple reasons and one of the biggest contributing factors was my fault.

If you go back through the blog, you'll find that in some of the previous instances where I've made alternate art for Magic, I've been a bit disappointed when I've furnished with an image of the original piece. It can, on some level, be very limiting. And, given the level of talent Wizards has at its disposal, it can also be quite intimidating. My preference would be to not get a copy of that original image, and this is something I'm confident I've expressed in front of one or more of Magic's Art Directors. I suspect that the Art Director I was working with in this case was deferring to my preferences (which was very kind of her, but in all honesty she needn't have listened to the my silly ideals), and the result was a certain degree of parallel creation—or rather, two people coming up with roughly the same thing simultaneously.

That that occurred in this instance is not very surprising. We have three riders on animals with horns that are best depicted frontally. Were you to change perspective even by forty-five degrees, the spacing of the horns starts to present problems in composing an image where all three riders, their mounts and their weapons remain clear and visible when reduced. It's not impossible, mind you, but it wasn't where either Dan's or my gut instincts took either of us.

Now, are the images alike? Yes. We made the same choices in the make-up of the party and even how they're dressed. Were there still differences? Plenty. Was it impossible to further differentiate the two images? Not at all. And that is all the Art Director ever asked of me. She was concerned (rightly) about the similarities of the pieces, but rather than make me go back to the drawing board (which was entirely her right had she wished it), she trusted me to push my piece in a different direction from Dan's using a palette of violets, oranges and greens. Truly I was spoiled by the level of trust.

Beyond that, we agreed that keeping some of the crowd in the piece was valuable, but altering the upper tier of onlookers (that's what those scribbles in the background of the sketch are) might not be a bad idea for clarity's sake. With that, I was approved to go to paint.


The finished painting is oil on hardboard and measures fourteen inches wide by eleven inches tall.

There are aspects of this piece that I think worked out okay, and others that I feel could have been better. The biggest issue is that I continue to wonder if eliminating the top tier of elf onlookers was a bad idea or not. While I like the contrast of the cooler violet color behind the central figure, I wonder if the composition wasn't a bit stronger with that horizontal shape spanning the piece as in the sketch.

As repeat visitors can attest, I doubt myself quite fairly often when it comes to my work and I'm never entirely sure how useful such doubts really are. The painting is done and handed in, after all. On the other hand, I suppose that such feelings are a positive sign that I still care a good deal about making the best images that I can and trying my very best to never let a client down (not to mention let myself down). So I guess I've got that going for me...which is nice.

The obvious remaining question is whether or not I've changed my mind about seeing the original versions of art when called upon to do an alternate take. I think I'd still rather get a chance to create with a clean mental slate, but I recognize that it's not always practical or even practicable. In the end, I just have to trust my Art Directors to make the call. 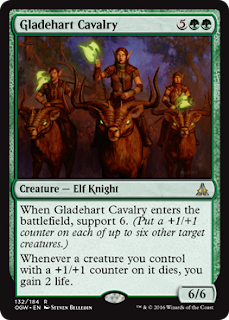